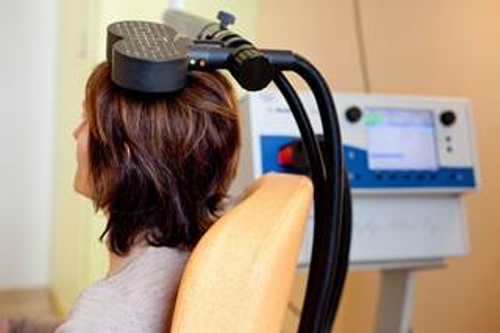 Intermittent theta burst stimulation (iTBS) has shown non-inferiority compared with repetitive transcranial magnetic stimulation (rTMS) in treating major depressive disorders, according to a study recently published in The Lancet. Additionally, iTBS can be delivered in 3 minutes, compared with 37.5 minutes with rTMS.

This multicenter, randomized clinical trial included 414 participants randomly assigned to receive either 10 Hz rTMS (n=205) or iTBS (n=209). The study researchers assessed the primary outcome in 94% of the rTMS group and 92% of the iTBS group 4 to 6 weeks after starting treatment.

Individuals recruited for this clinical trial had been referred to specialty centers for neurostimulation in Canada. The participants were between ages of 18 and 65 years, had a minimum HRSD-17 score of at least 18, had been administered stable doses of antidepressants for ≥4 weeks, and were experiencing a treatment-resistant major depressive episode or were not tolerating 2 or more antidepressants during the episode. Allocation to 10 Hz rTMS or iTBS was randomly assigned via a random permuted block method and, though patients knew which treatment they received, researchers were blinded to treatments. The primary outcome in this study was change in the HRSD-17 score.

The study researchers conclude that, “[in] patients with treatment-resistant depression, iTBS was non-inferior to 10 Hz rTMS for the treatment of depression. Both treatments had low numbers of dropouts and similar side-effects, safety, and tolerability profiles. By use of iTBS, the number of patients treated per day with current rTMS devices can be increased several times without compromising clinical effectiveness.”