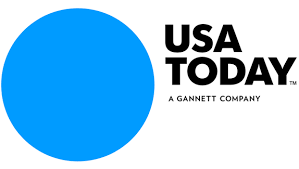 Kimberly Depaz experienced the first signs of depression when she was 5 years old, mostly as feelings of being “really down” and different from everyone else.

Throughout her adult life, she tried every medication and anti-depressant under the sun — Prozac, Zoloft, Wellbutrin and a variety of anti-anxiety medications that provided little more than side effects.

The depression, and even detailed suicidal thoughts, never went away.

Then her Fort Myers psychiatrist offered her a seemingly novel treatment to go along with her counseling: employing high-powered magnets to stimulate the region of her brain that governs mood.

“I have noticed a difference. I would say that I feel more alive,” said Depaz, 51. “I’m really happy this is happening, and I’m real optimistic. It was my last, honest to God, last resort.”

The treatment — transcranial magnetic stimulation — was approved by the Food and Drug Administration in 2008 for the treatment of patients with medication-resistant depression. The FDA cleared it for use in migraines in December.

Researchers are now probing its efficacy in other disorders, such as anxiety and post-traumatic stress disorder. Other studies suggest it may help with memory.

Regulatory approval has led to a growing number of psychiatric clinics offering the treatment to patients who have otherwise found no relief.

Psychiatric Associates of Southwest Florida in south Fort Myers began offering it in August. Depaz is its first patient.

Many insurers do not cover the procedure, reflecting the uncertainty the medical community still has about the procedure. And others will pay only on a case-by-case basis. For those uninsured, the price is a steep one: A seven-week course of treatment might run as high as $15,000.

Family Psychiatry, another Fort Myers psychiatric practice, has offered the treatment since April 2013. About a dozen patients have received treatment since then, said Jonathan Hart, the clinic’s TMS coordinator.

“It’s not a lot because, frankly, it’s limited by insurance coverage,” Hart said. “But we’ve had a lot of success stories.”

Hart said clinic patients have mostly shown at least some improvement since undergoing treatment. Just under half have had their depression go into remission, he said.

Depaz said she usually feels the fog of her depression lift shortly after the treatment.

“Just clearer, is the best way I can describe,” she said. “A lot clearer.”

Magnets generate a directed, pulsed magnetic field — similar to an MRI in strength — to the prefrontal cortex, the front part of the brain behind the forehead. The magnetic fields induce small electrical currents, which encourage a mood-lifting chemical reaction in the brain.

Unlike electro-convulsive therapy, patients don’t need sedation and/or anesthesia while undergoing the procedure. It also does not produce the minor memory loss that can come with the shock treatment. Patients are seated on what looks like a dental chair. A technician straps their heads in place to prevent movement, and then attaches magnets to their heads. Patients may read or watch TV while undergoing the procedure, but they may not sleep.

The room is dimly lit, and extra noise is avoided to minimize patient anxiety. Ten-pulse bursts are delivered each second, for four seconds at a time, at intervals of 26 seconds. The whole process lasts 37 minutes and 30 seconds.

Patients and technicians wear ear plugs as the machine emits a sound of rapid knocks, a sound reminiscent of a woodpecker. Depaz likened the sensation of electromagnetic pulses to a hard flicking on the same spot of her skull, over and over.

“Initially, it seemed a bit painful. But it wasn’t like, ‘Oh, my gosh, I can’t take this!’ Nothing like that,” she said.

Despite regulatory approval and studies suggesting the treatment may help patients with depression resistant to medication, not everyone in the psychiatric community is convinced magnetic stimulation of the brain works.

They say not enough studies have proven its efficacy, and that many of those done were not done rigorously enough. And these critics worry increased marketing of this treatment could detract patients from effective medications and, in cases of particularly hard-to-treat cases, the current gold standard therapy — electro-convulsive (or “electro-shock”) therapy.

Fort Myers psychiatrist and researcher Frederick Schaerf said he is a TMS skeptic and even doubts the concept of “treatment-resistant” depression. He said such patients likely have not found the right medication regimen.

“I don’t see its value as a treatment,” Schaerf said. “There are other ways to treat patients with pharmacology.”

The National Institute of Mental Health describes the treatment as effective for some patients, but notes that studies of its efficacy have been “mixed.” The American Psychiatric Association’s guidelines for depression treatment states the procedure conveys “relatively small to moderate benefits.”

Pollack dismissed critics of the treatment and compared TMS skeptics to those who initially questioned the benefits of anti-depressants. He said the proof is in the growing body of evidence that the treatment can help certain patients.

“There is skepticism always in anything that you do. That’s just the way it is,” he said. “I’ll stand by anything I see data on.”