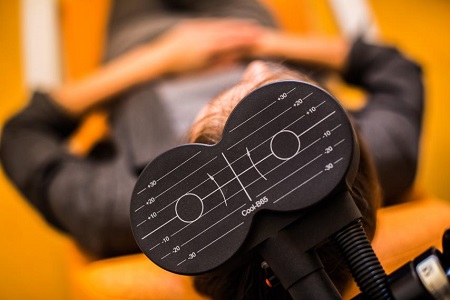 One of the leading causes of disability in the United States isn’t physical—it’s mental. According to the Anxiety and Depression Association of America (ADAA), 15 million adults—approximately 6.7 percent of the population—suffer from major depressive disorder, which is most often treated through a combination of talk therapy and medication. Those who struggle with depression have imbalanced levels of serotonin, which maintains mood, and dopamine, which controls the pleasure and reward zones. The brain’s synapses control how much of these chemicals are released, and drugs like Zoloft effectively prevent the little serotonin being produced from reabsorbing back into the nerve cells from which they were released, resulting in a higher concentration of serotonin. Some pill-averse patients have longed for a natural cure for depression, while others complain that the drugs they’re on aren’t enough. Hope for both groups may have arrived through an unlikely source: magnets. Researchers discovered they can harness the power of magnetism to increase serotonin production and combat depression through a process called Transcranial Magnetic Stimulation (TMS).

“Each [symptom of depression] maps onto a given circuit of the brain,” neurologist Alvaro Pascual-Leone told NPR in April 2016 about treating patients using TMS. “The reason why that circuit of the brain is not functioning properly…has to do with a deficit of a certain chemical in the brain. But the point is that if we can identify the circuit that causes the symptoms, we can target that circuit and make it function better through brain stimulation. So, in a sense, [TMS is] not a treatment…for the ultimate cause of the disorder, but it’s an intervention that improves how the patient is able to function.”