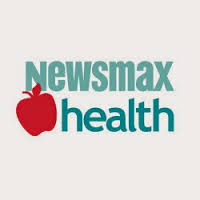 For many people suffering depression, antidepressant medications provide sufficient relief. But up to 50 percent of those diagnosed with major depressive disorder (MDD) will not respond to these drugs.

Some people with MDD try several antidepressants and still can’t find relief. They will be deemed to have “treatment-resistant depression.” These folks might end up trying a combination of various drugs, talk therapy, or other treatments to help them feel better.

In the past, the treatment of last resort was electroconvulsive therapy (ECT; a.k.a., “shock” therapy), which can be effective in severe or life-threatening cases.

The downside is that it can lead to seizures as well as long-lasting memory problems and confusion. Also, it has a stigma associated with it (remember the movie One Flew Over the Cuckoo’s Nest?)

Now, a newer, less invasive option – transcranial magnetic stimulation (TMS) – is becoming more widely available, and it doesn’t have the side effects of ECT.

Approved by the Food and Drug Administration in 2008 for treatment-resistant depression, TMS uses magnetic pulses similar to those used in MRIs to stimulate specific parts of the brain that are thought to be involved in depression and mood regulation.

The main theory is that “the prefrontal cortex (in the brain) governs our emotional life; in depression, the prefrontal cortex is not doing its job,” explains Mark S. George, M.D., distinguished professor of psychiatry, radiology, and neurology at the Medical University of South Carolina.

“Repeated daily stimulation of the prefrontal cortex (with TMS) sends repeated regulatory signals to the deeper limbic brain (which regulates emotion and memory).

“Thus, over a four-to-six week course of treatment, the connections between these regions becomes normalized and the depression is gone.”

A standard course of treatment is five sessions a week (less than an hour each) over four to six weeks, followed by a tapered schedule over three more weeks.

“Some patients get better with fewer sessions, but the majority require the entire course,” explains Linda L. Carpenter, M.D., a professor of psychiatry and human behavior at Brown University and chief of the Butler Hospital Mood Disorders Program.

Still, the benefits can begin to appear before the whole course is completed.

Researchers at the Medical University of South Carolina found that suicidal thoughts diminished in 67 percent of people with treatment-resistant depression after just one week of TMS.

Some insurance companies will cover TMS if a patient hasn’t obtained relief with antidepressants, and some areas of the country have Medicare and Medicaid coverage for it.

Despite being approved for people who’ve failed to respond adequately to drugs, some people remain on antidepressants while they’re doing TMS. In fact, a 2013 study from Quebec found that TMS accelerated the response to antidepressants.

“Sometimes patients initially respond to a medication but later it loses its effectiveness and the patients become depressed again – TMS is a good option for these people, as well,” Dr. George tells Newsmax Health. The treatment is also being used increasingly in situations where someone can’t safely take or tolerate an antidepressant.

Still, not everyone responds to TMS. Clinical trials suggest that 30 percent achieve full remission, 30 percent have depression symptoms cut in half, and another 30 percent get no relief.

Among those who do respond, the results can be impressive, experts say.

To watch people feel lighter, more productive, and simply better after “TMS is amazing,” says Jill Perel, a New Jersey psychotherapist who refers some patients for TMS. “You can see the relief in their eyes. And the people they live with nearly always report an improvement.”

Whether the effects are permanent, however, remains to be seen. “The effects from TMS or any other treatment cannot be expected to last forever,” Dr. Carpenter says.

“Studies show about 30 percent of patients will start to slip in the six months after they have TMS but if they are given ‘booster’ treatments, they have a very high chance of getting better again.”

Read Latest Breaking News from Newsmax.com http://www.NewsmaxHealth.com/Headline/depression-transcranial-magnetic-stimulation/2014/10/21/id/602184/#ixzz3K0eo2kds
Alert: What Is Your Risk for a Heart Attack? Find Out Now