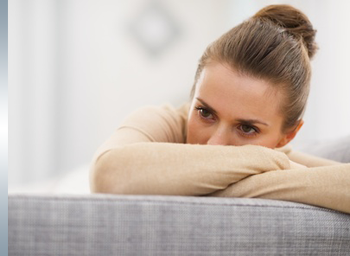 There are numerous causes of major depression as supported by doctors and researchers. Some of these causes can arise organically from within an individual whereas others come from environmental events that affects the person. The wide range of potential causes has lead to the development of numerous depression treatments.

Biological Cause of Major Depressive Disorder

Neurotransmitters Could Cause Depression

The release and reuptake of neurotransmitters (serotonin, norepinephrine, and dopamine) in the brain is linked to a person’s mood. Depression has been linked to the imbalance of these neurotransmitters (NTs), but unfortunately this is hard to prove, as it is very difficult to measure the concentrations of these NTs in the brain. What is known, is that antidepressants act on these NTs as well as their receptors.

Childhood trauma can cause an individual to be depressed for a prolonged period of time. Examples of such traumas are: severe illness; isolation; physical, sexual, or mental abuse; witnessing a traumatic event; and neglect. Regardless of the trauma, childhood experiences are one of the most common causes of major depression.

Losing a loved one, taking a high stress job, and facing tough financial situations are all known as causes of depression. In many cases though, the depression is short-term. Once the person has gone through the grieving process, straightened out their financial issues, or learned to manage the stress of the job, the depression can begin to resolve on its own. In these cases therapy can be very helpful in making a faster recovery.

Hormonal Changes Can Lead to Depression

Rapid hormonal changes are one of the causes of major depression, for instance women entering menopause.

Drug therapy and counseling are two of the most popular major depression treatment forms. While they are often quite effective, they are not the only options available. Transcranial Magnetic Stimulation has shown excellent results in the treatment of depression. TMS for major depression uses focused electro-magnetic waves to activate specific regions of the brain. TMS normalizes the neural circuitry that causes the depression so that the depression symptoms resolve. The results persist after a complete course of TMS treatment. A response to TMS can be seen in as little as two weeks. Since the treatment is non-systemic, there are no undesirable side effects experienced by the patient, as there are with medications.

I am, without question, in a better place. I highly recommend TMS and the treatment of Dr. Stubbeman.”

20 year-old male with treatment refractory depression, obsessive compulsive disorder and generalized anxiety disorder presented with suicidal ideation. He was unable to function in school and had failed medication treatment. With TMS, he achieved rapid remission of his depression and anxiety.